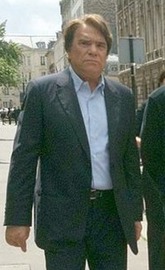 Bernard Tapie is a French businessman, politician and occasional actor, singer, and TV host. He was Minister of City Affairs in the government of Pierre Bérégovoy. Wikipedia